April’s tourist numbers naturally show a huge increase from a year ago, when the national lockdown was underway, but more relevantly they are also show strong gains compared with 2019:

In Collier County, April might have been a bit unusual, drawing visitors here who may have wanted to come sooner, but waited to get vaccinated — or just to feel more comfortable with traveling, according to Anne Wittine, the director of data analysis for Research Data Services, the county’s tourism consultant. END_OF_DOCUMENT_TOKEN_TO_BE_REPLACED

Tom Brady has decided that it is time to upgrade from his current boat, a 55-footer made famous in February when the Super Bowl QB (and GOAT) launched the Lombardi trophy from the stern across the water to another yacht during the Buccaneers’ victory boat parade.

“Moving down to Tampa Bay last year, I live right on this beautiful bay — Old Hillsborough Bay — and the first thing I did when I got here was say, ‘I need a boat. I gotta be able to get out on this beautiful water.’ And I was able to do it,”

“I think the 77 will be a little bit more suited for what we need it for down here, which is a few more day trips and weekend trips,” Brady said of the upgrade. 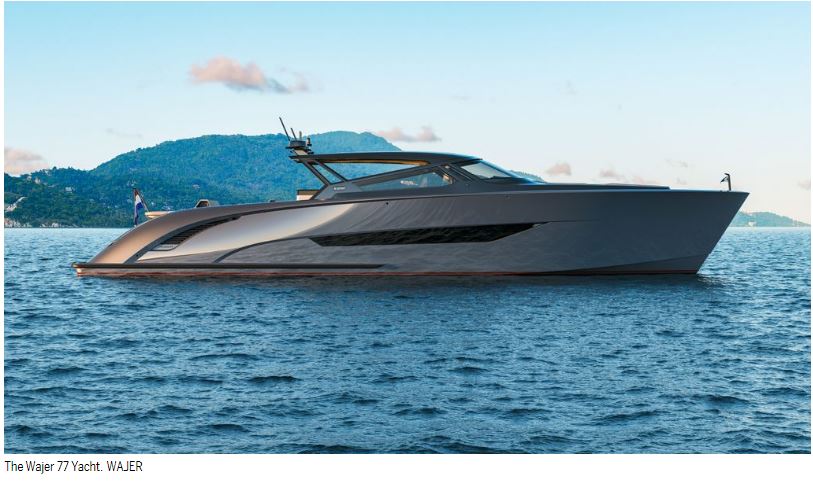 I wonder if the new boat will have a platform as a stable base from which to throw next year’s trophy to Gronk? END_OF_DOCUMENT_TOKEN_TO_BE_REPLACED

The March 2021 Market Report, released by the Naples Area Board of REALTORS® (NABOR®), which tracks home listings and sales within Collier County (excluding Marco Island), shows that March was the highest performing month in the 13 years NABOR has tracked these metrics.

Sellers are raising prices and multiple offers are still coming in,” said Budge Huskey, CEO, Premier Sotheby’s International Realty. “This is because inventory is limited, and more sellers are realizing now is a good time to place their home on the market and get top value in the current market conditions!”

Broker analysts predict the level of demand experienced in March is sustainable and should be expected to continue for the next few months, or longer. “Season was disrupted this year because many people elected to hold off relocating until they were fully vaccinated,” added Huskey. “Agents also report that many seasonal visitors are staying longer than in previous years, possibly because they can afford to wait in anticipation of more homes becoming available in the luxury market. I believe we’ll continue to see more newcomers from northern states looking for homes in the high end in the coming months. Beyond that, and as we enter the summer season, we might begin to see a second wave of international buyers entering our market as travel restrictions begin to relax.”

The March report revealed that the Naples area now has only a 1.6 month supply of homes available to buyers

The following charts give a visual summary of market activity: END_OF_DOCUMENT_TOKEN_TO_BE_REPLACED

Note: you can enter twice a day until June 11.

Common House Selling Concerns, and How to Address Them

If you want to list your home, it generally is a good idea to address any house selling concerns right away. That way, you can alleviate these concerns before they slow down the home selling process or prevent you from accomplishing your desired home selling results.

Now, let’s take a look at three common home selling concerns, as well as tips to help you resolve these issues. END_OF_DOCUMENT_TOKEN_TO_BE_REPLACED

Eighty-two percent of buyers’ agents said staging made it easier for a buyer to visualize the property as a future home, according to the National Assocation of Realtors ® 2021 Profile of Home Staging.

“Staging a home helps consumers see the full potential of a given space or property,” said Jessica Lautz, NAR’s vice president of demographics and behavioral insights. “It features the home in its best light and helps would-be buyers envision its various possibilities.”

Staging increased the sum buyers were willing to spend for a property, according to the report. Twenty-three percent of buyers’ agents said that home staging raised the dollar value offered between 1% and 5%, compared to similar homes on the market that hadn’t been staged.

END_OF_DOCUMENT_TOKEN_TO_BE_REPLACED

Pink bathrooms became fashionable in the 1950s because pink was Mamie Eisenhower’s favorite color. At one time it was estimated that there were 5 million pink bathrooms in this country, but they faded almost as fast as they arrived. Pink was swapped for woods and neutrals in the ’60s and the retro oranges and greens of the ’70s. The world simply fell out of love with pink.

Today, there is a resurging interest in the pink bathroom—thanks to the revival of mid-century design and millennials’ love affair with all things retro. An intact pink bathroom is now more of an intriguing design challenge than a renovation project, plus it’s a fun selling point for homeowners and renters alike.

Maybe, but a pink bathroom is not something I would choose.

It was a surprise therefore when, earlier this week, I went into my bathroom and to be confronted with this: END_OF_DOCUMENT_TOKEN_TO_BE_REPLACED

Demand for Pools, Hot Tubs Surging Due to COVID-19

New in-ground residential pools saw a 21% uptick in 2020 compared to 2019. States like Arizona, Texas, and Florida saw permits rise by up to 30%, Janay Rickwalder, a spokesperson for the Pool & Hot Tub Alliance, an industry research group, told The Escape Home.

“This is historic growth for the industry—the next closest period was in 1983 with 16% growth over a much smaller base,” Rickwalder says. END_OF_DOCUMENT_TOKEN_TO_BE_REPLACED

Why was this stunning Florida mansion abandoned?

“In the heart of Florida sits this impressive neo-Classical mansion, known as the Money Pit Mansion. Having lain empty for decades, its various owners have been unable to restore it to its former glory due to high costs and substantial damage.” (Read MSN article )

The house was built in the early 1900s and is still considered one of the most ornate mansions in the area with its Grecian-style pillars. END_OF_DOCUMENT_TOKEN_TO_BE_REPLACED

Is Tom Brady staying in Florida?

As we Patriots’ fans find ourselves watching the play-offs this year from a position of curiosity rather than passion, we can I hope root for “Patriots South”, aka the Tampa Bay Bucs, home of Tom Brady and Gronk.

Following on from his “you won’t catch me dead living in the Northeast anymore” comment, Brady and Giselle have made moves in real estate which seem to support this statement. END_OF_DOCUMENT_TOKEN_TO_BE_REPLACED

A recent report suggested that 850 people per day will move to Florida for the next 5 years as they seek “the weather, lifestyle and tax benefits” offered by Florida. END_OF_DOCUMENT_TOKEN_TO_BE_REPLACED

While it might be tempting for New England fans to suggest that this Super Bowl should have an asterisk pointing out that the Patriots were not playing, there is the fact that we shall still get to see TB12 and Gronk.